This remarkable building, known for its exuberant decoration, was built between 1911 and 1914 to become the residence of José Maria Marques, who was a governor in the former Portuguese territory of Timor-Leste. It was granted the Valmor Prize in 1914 and is one of the few survivors of this golden era of Avenidas Novas. Its architecture and decoration are translated into a heightened eclecticism, in which Art Nouveau is combined with Baroque, Neo-Romantic and Neo-Arabic elements. The stone façade reaches its peak by building-up decorative elements, namely arches, columns, broken pediments, flowery ornaments, vases, forged iron and large bow-windows, such as the one crowning the main façade. With a square plan, on the corner between Avenida Fontes Pereira de Melo and Rua Andrade Corvo, it is flanked by the extraordinary entrance to the subway station of Picoas, a present from the Paris subway and known as access Guimard, a reproduction of Parisian subway entrances. It was classified as Building of Public Interest in 2002, by being considered a museum for early 20th century decorative arts, in which the opulence of its finishes and the exquisite details stand out. Inside, the spaces are laid out symmetrically, organized around a monumental stairway, standing out for the exotic wood decorations, painted stuccos, frescos and a period elevator, a huge luxury at the time. In the 1950s, the building is acquired by the Municipality of Lisbon and, since then, has been the head office of Metropolitano de Lisboa (Lisbon’s Subway company). 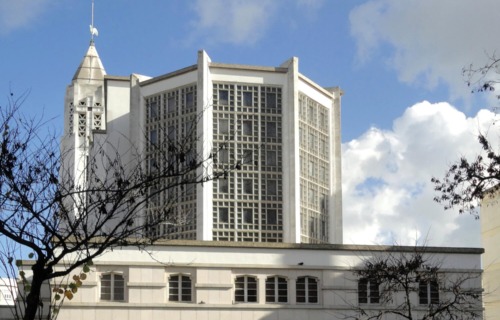 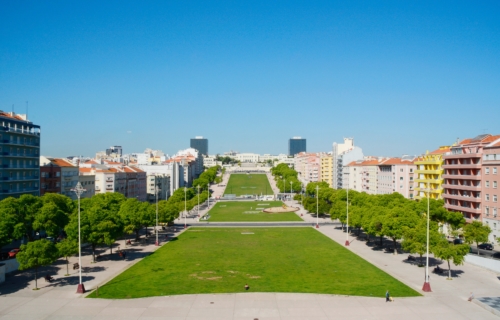